Mechanisms of Brain Photobiomodulation
Brain photobiomodulation (PBM) utilizes red to near-infrared (NIR) photons to stimulate the cytochrome c oxidase enzyme (chromophore/complex IV) of the mitochondrial respiratory chain because this enzyme is receptive to light energy. This outcomes are an increase in ATP synthesis, leading to the generation of more cellular energy. Additionally, photon absorption by ion channels results in release of Ca2+ which leads to the activation of transcription factors and gene expression.

There are several mechanisms associated with promoting physiological change through photobiomodulation therapy (PBMT). The wavelengths primarily used with PBM is within the near-infrared range of the electromagnetic spectrum with a sufficient power density. When hypoxic/impaired cells are irradiated with low level NIR photons, there is increased mitochondrial adenosine tri-phosphate (ATP) production within their mitochondria. Another change is the release of nitric oxide from the hypoxic/impaired cells. Neurons are cells that contain mitochondria and nitric oxide.
In hypoxic neuronal cells, cytochrome-C oxidase (CCO), a membrane-bound protein that serves as the end-point electron acceptor in the cell respiration electron transport chain, becomes inhibited by non-covalent binding of nitric oxide. When exposed to NIR photons, the CCO releases nitric oxide, which then diffuses outs of the cell – increasing local blood flow and vasodilation.

Following initial exposure to the NIR photons, there is a brief burst of reactive oxygen species (ROS) in the neuron cell, and this activates a number of signaling pathways. The ROS leads to activation of redox-sensitive genes, and related transcription factors including NF-κβ. The PBMT stimulates gene expression for cellular proliferation, migration, and the production of anti-inflammatory cytokines and growth factors. 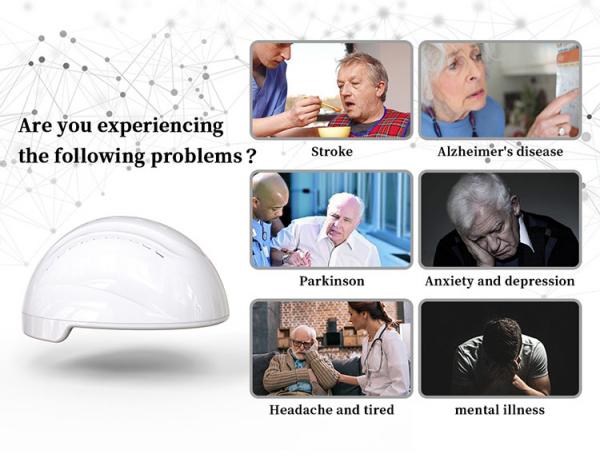 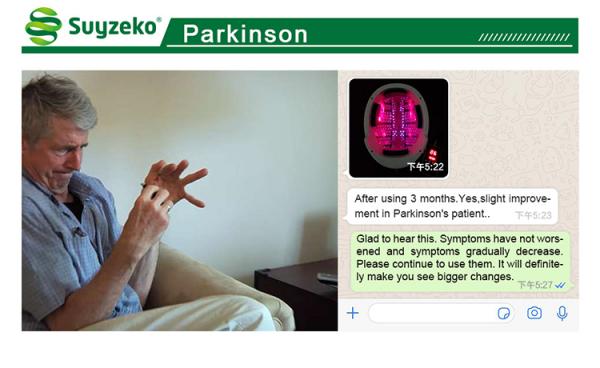 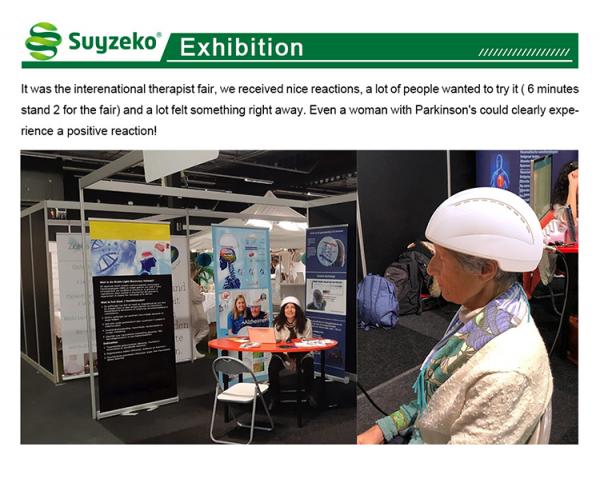 What is the Brain?

The brain is the controller of the body’s movements and essential functions, such as breathing and blood pressure, and also our feelings, thoughts, and beliefs.
The brain is made up of billions of nerve cells which transmit information using a combination of electrical and chemical activity.
Its soft, jelly-like mass is cushioned inside the skull by cerebrospinal fluid. This fluid circulates around the brain and through a series of cavities in the brain called ventricles.
The brain is divided into a number of parts, which work together. The more these parts are coordinated and in tune with each other, the better the overall functioning of the brain.
The cerebral cortex is the largest part of the brain, and is divided into two hemispheres, the left and right.

Brain Bioenergetics
Neurons are cells that contain mitochondria.
By delivering photons to a light-sensitive enzyme(cytochrome c oxidase) found within the mitochondria, this triggers a cascade of beneficial and energizing cellular events.
Some potential effects are : enhanced cognition, neuroprotective effects, self-repair mechanisms

What is Brain Injury?

Brain Injury is the “multiple disabilities arising from damage to the brain acquired after birth. It results in deterioration in cognitive, physical, emotional or independent functioning. It can be as a result of accidents, stroke, brain tumours, infection, poisoning, lack of oxygen, degenerative neurological disease etc.”
The National Community Services Data Dictionary (Australian Institute of Health and Welfare, Canberra, 2012)

Traumatic Brain Injury occurs as the result of some external force being applied to the brain.
Stroke
Stroke usually occurs as the result of a haemorrhage or blockage to the blood vessels that supply blood to the various regions of the brain.
Tumour
Tumours cause damage to the surrounding brain tissue and structures as they grow within the brain.
Infection
Bacterial or viral infections can lead to an inflammation of the brain covering (meningitis) or the brain tissue itself (encephalitis).
Poisoning/Toxins
Alcohol acts as a toxin and the long term misuse of alcohol can cause damage to brain tissue.
Hypoxia/Anoxia
Hypoxia/anoxia refers to reduced or, complete, stopping of the flow of oxygen to the brain leading to injury to brain tissue. Can be caused by overdoses, failed hangings, or near drowning.

Degenerative Neurological Diseases
Conditions including Huntington’s Disease, Parkinson’s Disease, and Alzheimer’s Disease are caused by abnormal changes to brain cells in particular regions of the brain.

The disability called brain injury – sometimes called acquired brain injury, or “ABI” – refers to any damage to the brain that occurs after birth. That damage can be caused by an accident or trauma, by a stroke, by a brain infection, by alcohol or other drug abuse or by diseases of the brain like Parkinson’s disease.

Brain injury is common. According to the Australian Bureau of Statistics, over 700,000 Australians have a brain injury, with daily “activity limitations” and “participation restrictions”. Three in every four of these people are aged 65 or under. As many as two out of every three acquired their brain injury before the age of 25. Three-quarters of people with a brain injury are men. 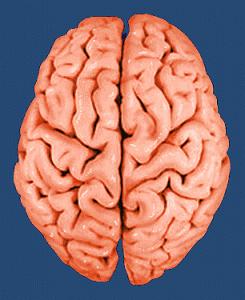 The brain is divided into a number of parts, or “lobes”, which work together. When the brain’s lobes are coordinated and “in tune” with each other, the brain fucntions better.

The frontal lobe is involved in problem-solving, planning, making judgments, abstract thinking and regulating how people act upon their emotions and impulses. 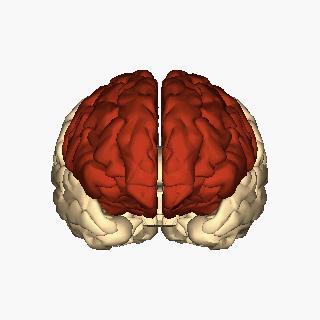 The temporal lobe is involved in receiving and processing auditory information like music and speech. It also helps to control language comprehension, visual perception, memory, and learning. The temporal lobe contains areas which control personality, emotions and sexual behaviour. 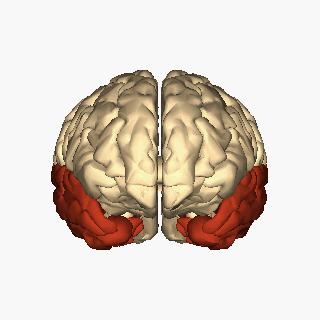 The parietal lobe controls sensation and body position, as well as allowing us to understand time, recognise objects, and judge the position of objects around us. 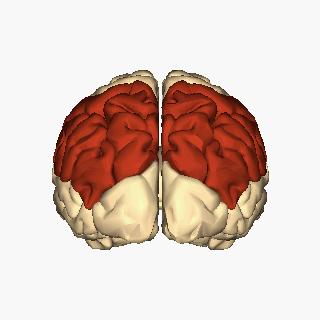 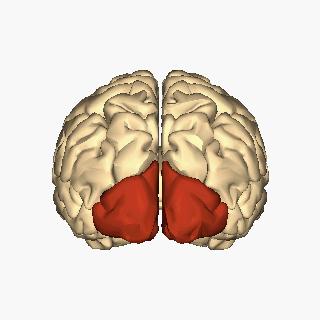 Send your inquiry details in the below, click ‘Send’ now !

We will reply you and slove your consideration within 24 hours !

Shenzhen Guangyang Zhongkang Technology Co., Ltd. established in 2007, is a rapid growing enterprise, which integrate the producing and marketing of health Analyzer machines. After 10-year-effort and development, now we have become one of the leading health Analyzer Machine manufacturers and suppliers in China. We are always keeping a very kind relationship with many Nutrition products factories, Health-care research organizations and hospitals in china, and have been enjoying high reputation in health care and recovery market domestically and internationally.

No matter you are professional Doctors or want to buy a machine for home using, we can meet all your need. And our goods have been widely used in Lab, Hospital, Luxury Health care center, and etc.. Our goods are famous for their high stable quality and reasonable price. We are capable of supplying our products in various kinds of designs according to customer’s specific requirements.

We have provide more than 100 OEM products which exported to about 40 countries and regions all over the world. In order to provide more professional service to our clients, we had set up our new selling and marketing center, near the Shenzhen North station on 2013, which is easy for our customers to visit.

We aim at providing the best health analyzer machine, and making a contribution to the field of preventing and healthcare.

Send your message to this supplier
You May Like
Find Similar Products By Category:
Clinical Analytical Instruments
Hot Searches:
Inquiry Cart 0
Contact Us
Inquiry Cart
Back To Top

Thank you! Your message has been sent to the following suppliers.